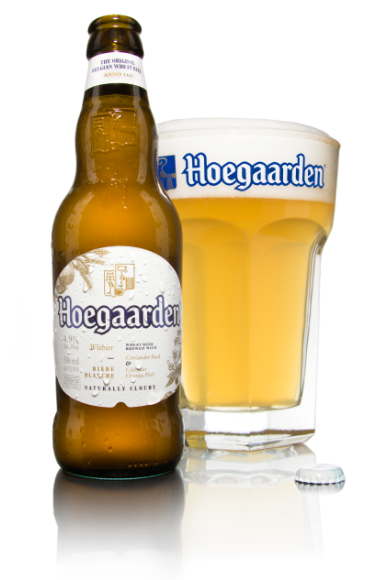 Not as easy as it looks

Brewing Hoegaarden is no simple matter. Respecting the unique brewing process and carefully mixing the finest natural ingredients is the only way to obtain the intriguing character and surprisingly refreshing taste. The beer is fermented twice but isn’t filtered, hence its cloudy appearance and smooth texture.

To get started we need malt. We make it by germinating barley and letting it dry. After this the granules are milled.

Batter of malt, wheat and water is placed in a tub. The batter is gradually warmed to a temperature of 75°C. The starch from the malt and wheat is converted into sugar.

The filtering process separates the sweet solution (wort) from the insoluble residue. The wort is then sent to the cauldron and the remaining residue is used as animal feed.

To sterilise the batter, we warm the wort in the cauldron to 103°C. During the boiling phase, coriander, dried orange peels and hops are added.

We remove the hops, herbs and peels, letting the liquid cool down. Once the brew has cooled to 19°C, it is ready for fermentation.

By adding yeast, the sugars are converted into alcohol and carbon dioxide (CO2). Hoegaarden beers are fermented at 18°C-25°C, which is quite warm. That’s why they are called ‘top-fermented’ beers.

We let the beer cool to 18°C and send it to lowering tanks using a centrifuge. Lowering beer means letting it ripen, removing the young taste from the beer. We then use a centrifuge to remove the yeast. Yeast is unable to clump or sink at these temperatures, which is what happens to ale (ale is lowered at a much lower temperature). To stabilise the wheat beer, we then pasteurise it.

Our Hoegaarden is now ready to be poured into barrels or bottles. But not before we add a bit of sugar and yeast.

We send the bottles and barrels to a warm room. The added sugar and yeast start fermenting at a temperature between 21°C and 25°C. This creates carbon dioxide (CO2), which gives the beer good head. The process of secondary fermentation stops naturally after a week in the bottle and after two weeks in a barrel.

You must be of legal drinking age to enter this site

The date of birth you provided is not valid.